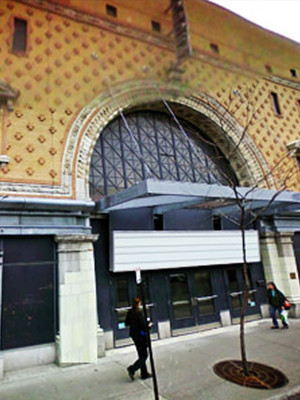 If you're happy to travel

You can catch Matthew Good at Corona Theatre in Montreal, showing Feb 10, 2023

Matthew Good is also touring to:

Back on the road

Alert me on return

Matthew Good has been at the forefront of Canadian rock music for over two decades now, both as a solo artist and as the frontman for his titular band. Known for his take on societal and political issues, Good holds a mirror to the world in his alt-rock and folk-infused releases, with his most recent being 2017's Moving Walls. Don't miss him live this year as he sets out on his newest live dates, bringing his solo show to a stage near you.

Catch Good tracks from Moving Walls as well as favorites from his three decades in the business, including 'Hello Time Bomb', 'Apparitions', 'Everything is Automatic' among others.

Help your fellow London ON Theatre visitors by leaving the first review!

Sound good to you? Share this page on social media and let your friends know about Matthew Good at London Music Hall.