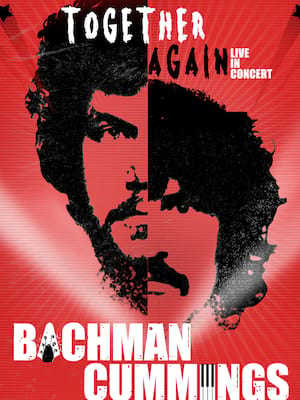 together again, live in concert

Two of Canada's most iconic songwriters, Randy Bachman and Burton Cummings, are joining forces for the first time in 10 years as they head out on an extra special tour in 2020. The duo are hitting the road with the back catalog of the 60s and 70s outfit the Guess Who, which the pair fronted during the band's heyday in the 70s. The tour will also celebrate the music of the Bachman Turner Overdrive and Burton Cummings solo work. Don't miss your chance to see this dynamic duo perform hits like "American Woman" and "No Sugar Tonight" live!

Sound good to you? Share this page on social media and let your friends know about Randy Bachman at Budweiser Gardens.