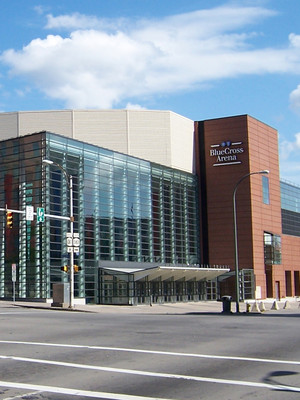 If you're happy to travel

You can catch Jeff Dunham at Blue Cross Arena in Rochester, showing Apr 12, 2023

Jeff Dunham is also touring to:

Alert me on return

One of the most successful comics in the business, Jeff Dunham returns to the road this year in his brand new Still Not Cancelled tour. He'll, of course, be joined by Achmed, Jose Jalapeno and the rest of his very animated, outrageous friends for an evening of envelope-pushing ventriloquism.

As an entertainer, Jeff Dunham has truly impacted popular culture. His television specials and series have been the highest-rated programming in Comedy Central history, his videos have received half a billion views on YouTube, and his live concerts have become mega-events played in front of sold-out arenas worldwide. He had to extend his Las Vegas residency due to popular demand and had his own hour-long special on NBC, called Unhinged in Hollywood.

There's no doubt that Dunham is an entertainer at the absolute peak of his comic powers!

What a show!! Funny, serious, comical, entertaining, and clever. If... more

My first time seeing him. Great show. Very funny. I did not care for... more

Sound good to you? Share this page on social media and let your friends know about Jeff Dunham at Budweiser Gardens.